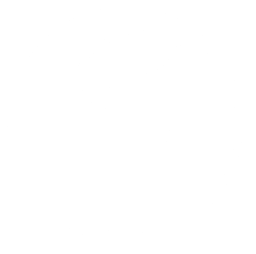 With Lasting Financial Peace Of Mind.


Over a typical 25 to 30 year retirement, your cost of living will double (at trendline inflation of 3%). Do you have a plan to double your income AFTER you've stopped working?

Simplicity is the ultimate sophistication.

I understood (Hughen)...and hoped that he would spend some time in an armchair drinking beer.

People's gut-level emotional wants are always and everywhere the mortal enemy of return.

The sole function of economic forecasting is to make astrology look respectable.

Worrying is like paying a debt you don't owe.

From the book BY NICK MURRAY

“You can, theoretically, make a lifetime financial and investment plan for yourself, fund it with an appropriately diversified portfolio of the right kinds of equity mutual funds, and blissfully accumulate your way to wealth, ignoring all the manias and panics which will surely afflict the markets between now and the time you will retire.

You can then — still on your own — decide how those assets are to be deployed in retirement, such that you can withdraw a lifestyle-sustaining income that keeps up with the ever-increasing cost of living, and still leaves a meaningful legacy to your heirs. None of this is, strictly speaking, impossible. The question: is it probable?

My experience indicates that it is not. I know two truths, and believe they are decisive. First, there is a qualified, caring, and committed financial advisor for you. Second, the value of that advisor to you and your family — in incremental return, in mistakes not made, in time and worry you needn’t expend trying to do it yourself — will greatly exceed the cost of the advice.”

These four statements condense the broad universe of financial planning.

It all comes down to one binary question for the average person: will my money outlive me, or will I outlive my money?

Freedom Capital Management uses a tool that helps you visualize and organize your financial life. It does not have to be complicated. Asset Map gives your total financial picture on one page to help you make better decisions about what matters.

See a sample Asset Map Request Your Own Asset Map

To learn more, click here to read an interview with Ed:

Ed grew up in an airline family: his father was a pilot for American Airlines, and his mother was a stewardess (a term she insisted upon). A graduate of Parks College of Saint Louis University, Ed was a pilot for USAirways from 1988 to 2005, first as a flight engineer on the B-727, then as a first officer on the DC-9, B-737/300, and finally the Airbus A-320.

After USAirways entered bankruptcy, Ed decided to change careers and has been in financial services since 2005. For more than a decade, Ed worked for Edelman Financial Services, one of the top independent investment advisors in the nation.

Ed then formed Freedom Capital Management to provide lasting financial peace of mind to his clients.

Getting Started is Easy

Schedule a Call to Begin